In this crazy crazy mad politically correct health and safety awareness country of ours that we call England.

There is one thing I love about the youth of England today, and that would be their sexual openness with one another.

Gay or straight it doesn’t matter everyone is excepted. In my youth to be Gay was to be happy but to be a homosexual was a sin and frowned upon.

Can you imagine forty years ago walking through town two men holding one another’s hands.

You would of been abused, attacked or even arrested. Depending which town you were walking through.

Times have certainly changed for the better in that respect. Im a gay man who enjoys threesomes with other men and one night stands.

When I was young no one knew I was Gay and definitely not my parents, although some friends had their suspicions. As a Gay man growing up in the North of the country it was a very difficult time.

Men from the North were expected to be hard working and hard playing tough characters.

Packed It In And Moved Abroad

So thats how I grew up, I was a semi pro boxer by the time I was eighteen and worked in a factory doing sixteen hour shifts to earn enough money to pack it all in and move away.

And I did just that, four years later I moved abroad.

I still live in Spain now but frequently visit friends and family in the UK.

If when I was young the attitude towards Gay men was the same as it is now I’m sure I would never have left. But I did and I’m not sorry for that, as Spain has been good to me. The England I left behind all those years ago are gone. The youth of today has changed peoples opinions on individuals sexual preferences.

I’ve never wanted a full time relationship with another man. I have always loved my freedom and the fact that I can have sex with anyone I want when ever I want. Presuming they want sex with me of course.

That is the life I have and want to keep.

And now because been Gay is no longer frowned upon in the UK. Except for a minority of bigots.

I can now walk down the street holding hands with other men if I wanted to. But to be honest I’m not that romantic. 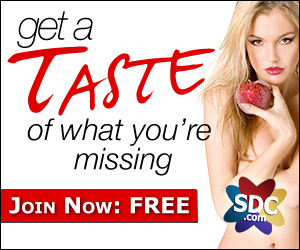